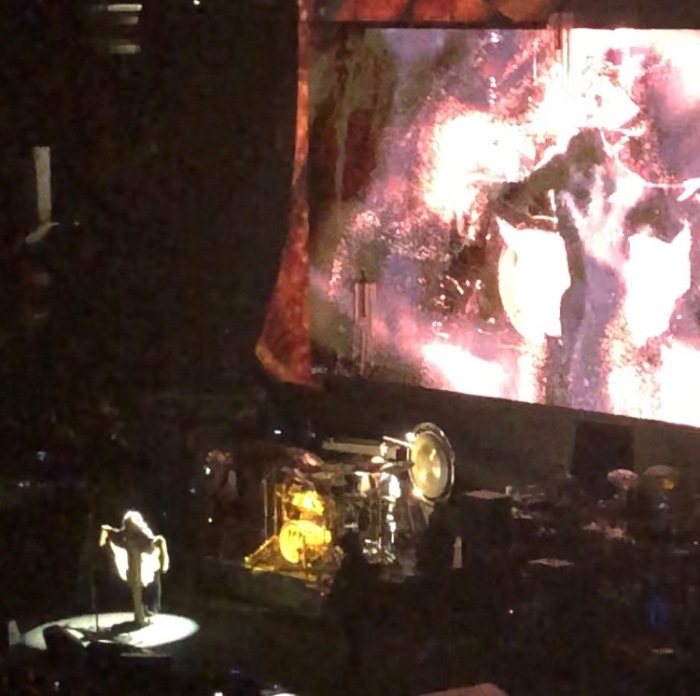 By 8pm on Sunday, TD Garden was packed with people and excited energy. Middle aged couples blended with tipsy teens, all waiting with bated breath. Whenever the lights changed, a cheer rose tremulously off the crowd and died overhead. Finally, around 8:30, the stage went black. The sound of the crowd rose to a roar as the band members took the stage; Mick Fleetwood, Stevie Nicks, Christine McVie, and John McVie. With them were Neil Finn of Crowded House, Mike Campbell of Tom Petty and the Heartbreakers, and a couple of backup singers.

Fleetwood Mac, a joint British and American rock band, rose to fame in the 1970s. Creating hits such as “Dreams,” “Go Your Own Way,” and “Everywhere,” the group topped the charts for decades, amassing a huge fanbase. Fleetwood Mac’s renowned discography includes their self titled album, as well as “Rumours,” “Tusk,” and “Tango in the Night.” They have toured across the world, and their current tour is hitting major U.S. cities from Denver to New York, where fans flock to see “An Evening with Fleetwood Mac.”

The show started off with “The Chain,” and moved on to classic hits such as “Dreams,” “Say You Love Me,” and “Everywhere.” Christine McVie shone on Keyboard and vocals, her calm, regal air captivating the audience. The huge screen behind the stage lit up with images for every song, providing a backdrop that added to the vibe of the music. A twist came when it came time for “Black Magic Woman.”

“So we decided that we wanted to sing this song through the eyes of a woman,” Stevie explained as the crowd cheered. She herself provided the vocals, and the lyric became “I’m a black magic woman,” a slight shift from the original. “Rhiannon” and a rousing rendition of “World Turning” followed, along with a beautiful “Gypsy.” As Mick Fleetwood explained that the first time he ever heard “Don’t Dream it’s Over” he thought it was “the most beautiful song,” Neil Flynn took the stage to prove the point. The audience swayed with cell phone lights over their heads as Neil crooned.

“Gold Dust Woman” was accompanied by footage of glitter to match the ethereal, sparkling tune. As the song closed, Stevie turned her back to the audience and raised her arms above her head in a sheer shawl, like a bird taking flight. Stevie Nicks then sang “Free Fallin,’” a tribute to the song’s original artist, Tom Petty, who died in October 2017. Behind her, photos of Tom and Stevie from more than 40 years ago to recently lit up the screen, and of Petty’s smiling face as he performed. It was a beautiful and emotional celebration of Tom’s life and career, and of his friendship with Stevie. “An Evening with Fleetwood Mac” closed with “Don’t Stop,” and the band and audience both sang their hearts out to the hopeful tune. As the surge of people spilled into the streets afterward, they smiled at their luck to see such an amazing show.

News broke earlier this week that Fleetwood Mac had postponed their second Boston show on Tuesday April 2nd, only two days later, after an unnamed band member fell ill. Fans hope for a swift recovery, both for the sake of the music and the talented performers they love.