It is officially 2019, meaning it is the perfect time to drop a “top albums of 2018” list. This past year was a great time for many musicians and genres, so narrowing down this list was pretty difficult. Here are my personal top ten albums of 2018, along with my favorite track from each record. 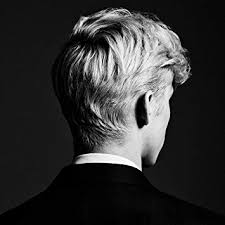 Troye Sivan’s second album is my go-to when I’m in need of a chill, pop-infused sound. Compared to Sivan’s first album, Blue Neighbourhood, Bloom features a lot of development in the pop singer’s identity and sound. Songs like My My My! and Lucky Strike show Sivan’s well-known rhythmic vibe, with a modern mix of alternative, pop-esque influences. 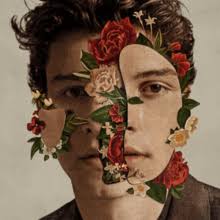 Three albums into his career, Shawn Mendes’ lovesick, sad songs are still topping charts. Mendes’ self-titled album came with trending tracks such as In My Blood and Lost In Japan, focusing on the pop-acoustic mood that is most often related to Shawn Mendes. This album is definitely one that I, personally, can listen to on repeat for quite a while. 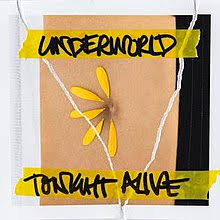 Australian pop-punk quartet Tonight Alive are back again with their album Underworld. All thirteen tracks are easy to fall in love with, with prominent themes of mental health awareness and acceptance of oneself. Tonight Alive frontwoman Jenna McDougall is known for her openness about her own struggles with mental health and her image as a woman in such a competitive genre. Underworld is clearly a very close-to-home album for Tonight Alive, which heavily resonates in each and every song. 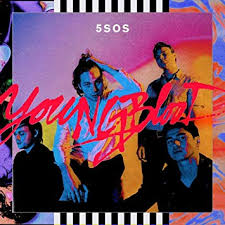 Returning after almost three years since their last release, 5 Seconds of Summer’s Youngblood truly shows how the band has matured over the years. The group’s definitive pop-rock influences are still weaved throughout each track, yet there is something so unique about this album compared to previous 5SOS releases. Personally, I enjoy that this album seems to feel more truly emotional and pure. 5 Seconds of Summer worked hard to create an album that they thoroughly were proud of from start to finish, and they did not fail. Also, it is almost impossible to choose a favorite song from this tracklist. Youngblood is definitely a step forward in the right direction for the 5 Seconds of Summer boys.

Katie’s favorite song: Lie To Me 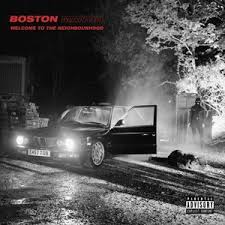 Boston Manor are one of the bands to watch in the punk scene right now. Their sophomore release, Welcome to the Neighbourhood, is filled to the brim with heavy, edgy songs often associated with Boston Manor. If a dark, foggy, rainy day could be immortalized in musical form, it would be this album. That is a good thing, I promise. 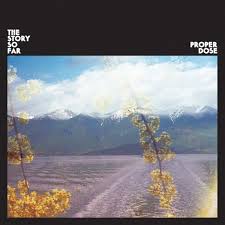 Proper Dose is the fourth studio album from California-based rock band The Story So Far. This record is a perfect mix of The Story So Far’s typical angst-filled hard vocals and their more infrequent soft, acoustic vibes. Comparing songs, like Keep This Up and Growing On You, shows this dynamic very clearly. 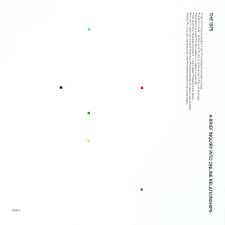 The 1975 have never failed to just be… a lot. This album is full of encoded pop-culture references and callouts against modernity, with lyrics that do not really make sense at first listen. Of course, this is on par with The 1975’s general vibes throughout their career. 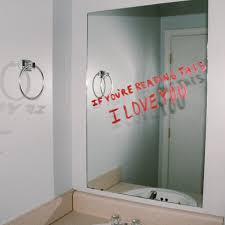 This is technically an EP, not an album, but it still is one of my favorite releases of 2018. MILKK, an alt-pop trio based in Nashville, have been making quite a name for themselves in the indie scene since their formation in April 2017. If You’re Reading This, I Love You is the band’s second EP, foreshadowing their debut album set to be released in 2019. 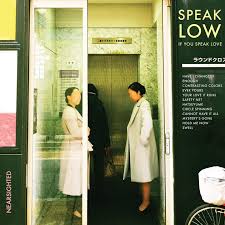 Runner-up for my 2018 album of the year would have to go to Speak Low If You Speak Love’s second album, Nearsighted. The iconic sad-rock vibe of Speak Low strongly shows from front to back on this record, particularly in tracks like Circle Spinning and Your Love It Runs. 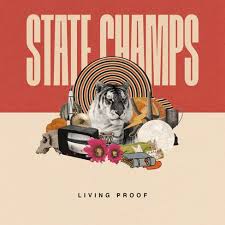 After almost a three year wait, State Champs released their third studio album Living Proof in June 2018. This record is a perfect mix of Champs’ classic punk vibes and modern pop influences, creating the ultimate repeatable album. Personally, Living Proof has really been the soundtrack for my 2018.

These releases are available on all major music platforms or wherever you find your music if you want to give them a listen. I think they are all worth a chance.

Sneak peek!! T- 20 minutes until our #launchparty!!!!! Come to the Bill Bordy for free food and music!
It's #launchparty time tonight!!! Come to the Bill Bordy from 6-8 PM for free food and music!
Slack Tide, a band that identifies strongly with the East Coast released their debut album, Water Monkey! #bands #jamband #reggae Check out our article on them in the website link!
We sat down with Berklee's newest pop star, LELA, to discuss her exciting post-grad plans. Check out her debut single "Pendulum," and catch her performing songs off her upcoming EP at our December #launchparty. https://fivecentsound.com/2016/11/29/artist-spotlight-lela/ #artistspotlight #musician #berkleecollegeofmusic
Come hang out with us at our launch party on Wednesday, December 14th from 6-8 PM in the Bill Bordy! We're gonna have free food and live music performances. Check out the event link in the bio! #launchparty #musicmag
@beachweather at The Middle East in Cambridge on Nov 17! #newep #chitchat #beachweather
@againstthecurrentny last night!
We are snapchatting @waxonfelt's Battle of the Bands TONIGHT at 7 pm in the Cab! Add us: fivecentsound 😊 #bands #battleofthebands #livemusic
Check out Wax on Felt's Battle of the Bands TOMORROW in the Cabaret from 7-11! @waxonfelt #battleofthebands #bands Link in bio!
More Beach Weather! 📸: @bobby_wieder #chitchat
Beach Weather's show Thursday night! @beachweather 📸: @bobby_wieder #chitchat
@finishticket last night! #indiepop #indierock
@finishticket at Brighton Music Hall last night! 📸: @sabrinadcombs #finishticketconcert #indiepop
Last one of @freedomfry at Madewell yesterday! Great show #denimforevertour #freedomfry #madewell 📸: Caitlin Smith
Some more @freedomfrymusic at @madewell yesterday!
@freedomfrymusic playing as a part of Madewell's "Denim Forever Tour" #madewell #denimforevertour #freedomfry #newburyst 📸: @mirandahicks
Welcome back to school everyone! Be sure to find us at the Org Fair tomorrow in Piano Row! #musicmag #studentrun
#sneakpreview of our spring issue!! #studentrun #mag
We're in PROW 118 from 7-9!! Pick up a #copy!
Cody Kenner's "Songs on Repeat" #playlist #mattandkim #bombaybicycleclub #vampireweekend
%d bloggers like this: